My 90 year old grandmother died last Thursday at the old family homestead near Savannah, Georgia. The last few years had been tough for her as Alzheimer's took its toll, and then somewhat related to that, she broke both hips in the last year as she forgot she still couldn't do everything she could in days gone by. 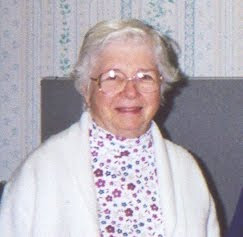 My mother retired last autumn after Grandmother broke the first hip trying to hang up clothes outside. Grandmother has a clothes dryer, but wouldn't use it, as she thought it cost too much to operate. Plus, you spend so many years hanging clothes out on a clothesline and it's a daily habit.

The plan was to get Grandmom back to some degree of health, and get her back home. So, mom took that plunge into taking care of her mom who was forgetting everything except that sense of independence, stubbornness, and will to go and do that most of us have until the end. She was always a woman of deep Christian faith, with great assurance and confidence, who was also opinionated and decisive! As time went by the fixation on the return home became more pronounced. My mom got her mom's home renovated to accommodate the wheelchair Grandmom was now confined to. After returning home from the first hip break she got up in the middle of the night and fell and broke the 2nd hip. 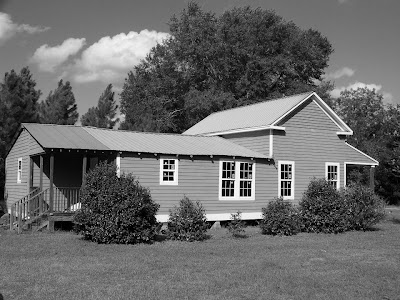 But the old country girl, eldest child of her family, was made of tough stuff and eventually returned home again. That was where she was the most happy as she could tend her garden, visit with family and friends, and soak up the south Georgia life that she knew so well.

That was where she always wanted to be. At home. In the garden. In the kitchen. Visiting with those she loved.

I got the call last week that hospice was beginning home visits. Suddenly the normal routine changed. A couple of days later it was obvious that Grandmom was spiraling down fast as she went into a deep rest. Last Thursday I left Augusta, passed the gnat line, and left the piedmont area to go home to Bryan County to see Grandmom one last time.

As the day wore on the changes were becoming more obvious, more pronounced. This clergy, who has sat with families as they waited on the death of a loved one, could see all the signs.

Family and neighbors still visit and wait with you through such a time as this back home. In my county the funeral home director still drives to your house to make arrangements, even though Grandmom lived 25 miles from the county seat town. And when you can't remember a name, or can only think of where they live, he is quick to help you make the connections that your mind can't quite recall in such tender, emotional moments.

I got about half way home last Thursday, and got the call when I was in Millen that Grandmom had passed peacefully from this life into the next. I felt that odd mix of grief and relief that you feel when a loved one has battled for so many years.

The scattered family gathered back home to honor the matriarch of the family. Grandmom was always the one who seemed to know all the family names, and details, and history. Her daddy was a Brown, and her momma a Duke. She married my granddaddy, Lavert Bazemore, and thus I'm related to half of south Georgia!

My grandfather died in 1975, and my Southern Baptist, Eastern Star, "hair always in place" grandmom eventually remarried a number of years later. She lived in Savannah through both marriages and outlived two husbands. Then she came back to the farm in Ellabell that her daddy bought after the family was displaced with the establishment of Camp Stewart (now Fort Stewart).

Mae Belle Brown Bazemore Larrimore, my grandmother, died last week. We had visitation Sunday afternoon in Pembroke GA and I saw a few of the elders with most of the crowd now being the children who are now old! How have so many years gone by so quickly?! 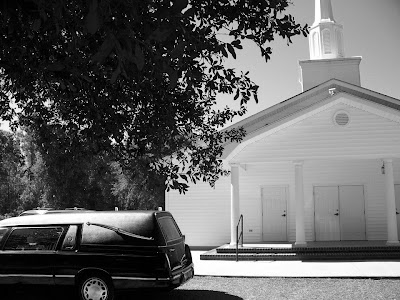 The funeral was at 11:00 AM Monday and held at Olive Branch Baptist Church, in Ellabell, which is a half mile from the "home place." It was like a family reunion. Of course, reintroductions had to be made as we all peered deeply into each others eyes attempting to see through 20-25 years! Stories were told. Some of the years were caught up on. The new, old words of faith were shared again as we all experienced death up close and personal. Scripture was shared and songs of faith were sung, including Grandmom's favorite, "Beulah Land." Then we gathered for lunch in the fellowship hall. It was mostly homemade, home grown, lovingly prepared and brought down to the church by family and friends. 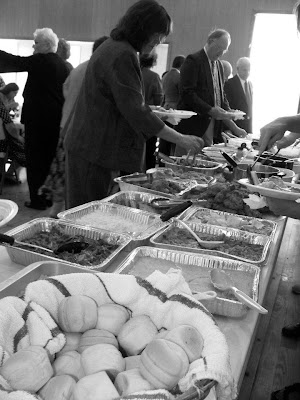 Since Savannah doesn't provide police escort of funeral processions anymore we had a leisurely lunch and afternoon before the trip to Savannah. The burial was at 2:30 PM in Forest Lawn Cemetery in old Savannah where my grandfather was buried. 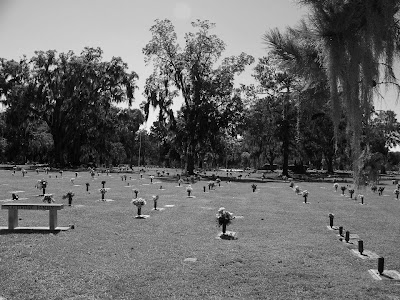 Having grown up on a farm I know that there is a certain cycle, and a certain season, that eventually brings life to death. That is not a thing to be fearful of, or to hide from, but something to accept and to live with in a sense of reality that feeds life. Yet, I also know from both faith and experience, that death isn't the end of our story as we follow the God who continues to redeem and create! This isn't a naive thought, or a simple challenge; this is a daily struggle as the journey of life and faith continues as we follow Christ from one room in the "house" into other rooms. Even though I've once again seen death up close and personal I have even greater assurance that this life is preparation for an even greater Hope, Love, Joy, and Peace which I will experience one day.

Thank you Grandmom, and thank you God, for so many years and for all the blessings you have passed on to me and to so many others. May I continue to grow day by day to be a blessing as I follow the Risen Christ! 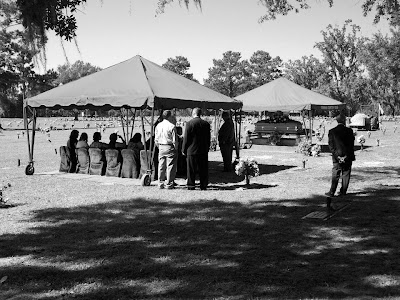 Posted by revscottep at 9:08 PM