Needed: Horse That Can Go Far on Little Hay & a Barn For the Night

I won't have it as bad as the Methodist circuit riders of old, but it is fun to reconnect with the concept of being a "traveling preacher" versus being a "located preacher." Those were some of the terms used in the early days of Methodism which would differentiate between a preacher constantly on the move versus someone who settled in a community with family and church.

I've spent my clergy career based in congregations with strong community mission and ministry. Now I'll become a resourcer, strategist, and equipper for congregations. That means I'll be a traveling guy. I've found myself checking back in with Methodist history... and talking to a lot of traveling salesman to learn tips from them about life on the road.

There are some great stories about circuit riders. 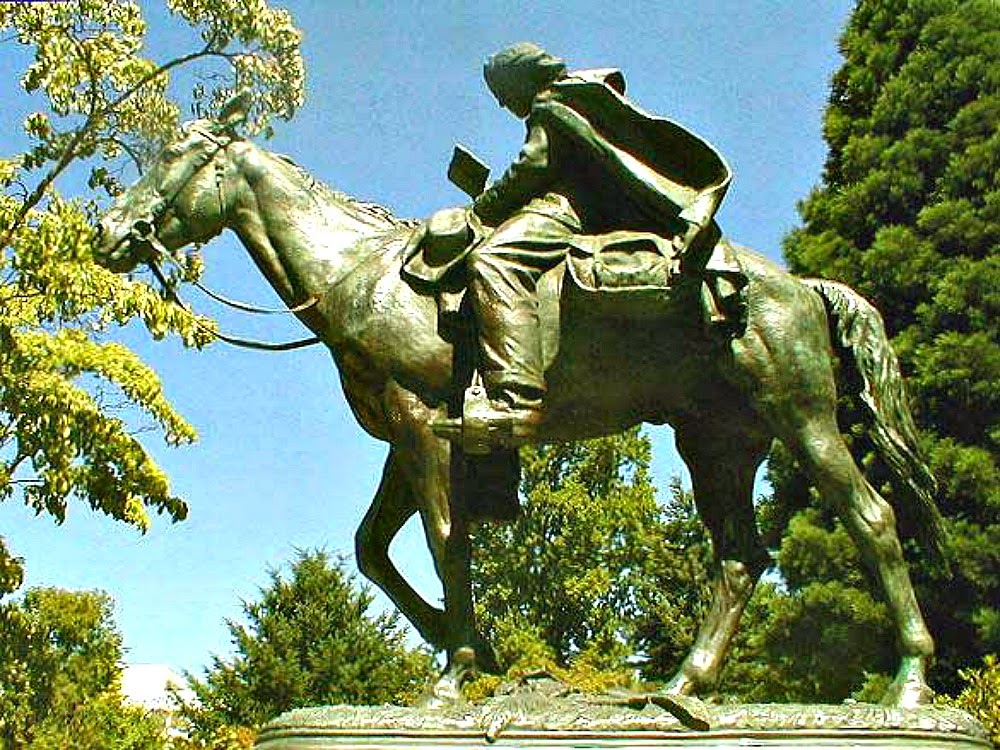 I've been thinking a lot about transportation as I make my change. The horse worked well for the circuit rider of old. Today, I'm wondering about the best car that gets great mpg and is comfortable to ride in all day, day after day, month after month. I wonder how Francis Asbury sized up a horse fit to hold up to Methodist miles and lifestyle. I've been talking to traveling salesmen and Methodist circuit riders that get in a lot of miles every week and Ford Fusion, Nissan Altima, Mazda 6, VW Golf TDI, and Toyota Camry are recurring entries for the great mileage/high comfort in my price range. Any others or any ideas?

I'm also thinking a lot about where those traveling preachers would spend a night as they moved from one preaching station to another. The journal entries from the old days often speak of folk from a church/circuit, or those friendly to the cause, who might offer a barn and hay, or perhaps some minimal bed space and a meal, for the traveling preacher. What might a simple solution look like today for a circuit rider in any conference? Here in the US that tends to mean hotel stays. I can see where that is sometimes advantageous or perhaps the only option. But I wonder if a mission guy like me might get a better sense of the church and community if I spent a day, or better yet days, in the locale. It's interesting to pursue this thought and consider some options. What better way to know if a church is prepared to host as an emergency shelter than to spend the night, cook in the kitchen, and use their shower?! I recall one church in Romania that had a few rooms over the fellowship hall to accommodate traveling preachers or missionaries. I've suggested to my wife that perhaps we/I need a used Class B or C camper that could stay at a distant part of the conference, but could also be moved in case of disaster response where a small team might need to be self sufficient and rotate in different people. What have you seen that works well? What are your thoughts as you think of regional mission and ministry?

Welcome to a journey to various frontiers where I hope to plunge deeper into the life of church in community. Your ideas and dialogue will be an important part of this as together we explore what it means to be a strong Methodist Christian witness today in communities from North Georgia to locations all over the world. As shared above, do note that traveling preachers ALWAYS need lots of help and a large team to be effective!

Posted by revscottep at 1:42 PM No comments:

New Chapter of Work in Mission

During the last seven years I've served in my role as a mission pastor in a large UMC, but also tried to become more useful as clergy by wearing my conference and general church hats as well. All clergy in the UMC should be available and useful in the congregation, district, conference, and UMC at large. I realized that for too long I had merely pursued ministry in the congregation and needed to become more useful and say "yes" to some other UMC ministry and work that into the schedule. This connectional ministry experience has helped me better follow Christ and become more useful and effective in my witness for Christ. Serving on a conference Board of Ordained Ministry makes you study more, pray more, discern more deeply, and work with others in ways that I found transformational. In similar fashion, as I took on more responsibility with United Methodist Volunteers in Mission, and the North Georgia United Methodist Conference Bridges, I found myself stretched, improved, and going on to perfection in ways that could only be described in lengthy conversation and are best personally experienced.

In retrospect this isn't a new path, but is a thread which seems consistent throughout my life as the intersection of faith and action in the world have always been a priority and calling for me.

Next Wednesday I start a new adventure and will work to help churches and Methodist Christians in North Georgia and around the world. I will help North GA UMC's claim a Bridge and become more effective in mission in God's kingdom by serving as a mission strategist/consultant/resourcer. A congregation can pray, study, go, fund, or participate in some way which will be mutually beneficial on both sides of the Bridge. I'm looking for at least 50 churches on every Bridge and need all the help I can get as we team up in the most effective, transformational ways. We are using "best practices" of mission which UMVIM and GBGM teach as part of the current mission movement. 50/50 partnership covenants are already finding tremendous application both "here" and "there." If you haven't had mission training in your church or district in the last 3 years it would be worth your time to be in conversation with me.  I can offer anything from entry level mission to more advanced issues of your choosing. There is a fresh, new mission movement which you want to be a partner in as it could have great impact in your own community as it has around the world.

I'll also work with UMC Global Ministries with focus on Mission Celebrations as a tool for a congregation, district, or conference to give thanks for what God has done through the team in the past year, and to launch into a new year of relationship and work in God's mission as we follow the way of Christ. While this concept has been around for many years, and used by many mission sending groups, too many churches and clergy have lost this as a powerful element of congregational life. Now, and understand this clearly, this isn't a simple sales job touting a program. What I've experienced, and would encourage you in, is an event which personally engages your congregation or ministry in the next steps you might take in the Kingdom of God. I can help your ministry develop a comprehensive mission plan that creates a strong connection between the congregation and community (or world!), and a Mission Celebration which expresses worship, discipleship/training, prayer, and action. We've got the models, the resources, the inspiring speakers, and the teachers available to help you become more effective in your context and calling.

This bold, innovative 60/40 partnership of time between NGUMC & GBGM is very exciting to me and I trust will be useful and effective to many UMC ministries. Do call on me by phone, e-mail, Facebook, or in person as we work together in God's Kingdom.

Oh, and here's the official news about my next step in case you missed it earlier this month:

Trinity on the Hill UMC announcement

Posted by revscottep at 8:31 AM No comments:

What do you see when you look back on your life and career?

For me the majority of my time and energy has been serving in congregations in mission and ministry.  In particular, I've served Trinity on the Hill UMC twice during my career.  That, in and of itself, is something that is rather unusual for clergy.  For me it has been a great honor as I have been allowed to serve a dynamic congregation, sink roots deep into community life, and see the "ebb and flow" of life in church and community.

From 1994-2000 I had the privilege of serving with David Jones and company as program director at TOTH.  Since 2007 I've served Trinity again with primary emphasis in mission, and then "utility player" that I am, with secondary emphasis changing over the years.  I've been part time Wesley Foundation director at Augusta State University from 2007- February 2011 which was then shifted with funding and staff changes at Trinity to evangelism through March of this year, and then to adult discipleship most recently in April.  All along the way I enjoyed pulling in as many people as possible to do what I could never do by myself.  I've always needed a strong team, and many laity, to love God and love neighbor and attempt all sorts of crazy and exciting things as we seek to live in the Kingdom.  I imagine the next few weeks will find me reminiscing and swapping stories as we celebrate what has happened, and what will yet occur, as we follow in the way of Jesus.

During my "second tour" at Trinity I've more intentionally worked to wear my UMC clergy hat so that I serve congregation, conference, and Church.  Over the years that has meant serving on the conference Board of Ordained Ministry.  In the last couple of years that has had me serving as conference coordinator with United Methodist Volunteers in Mission (UMVIM), and then rather naturally by extension of this position with NGUMC Bridges as our conference churches partner together with each other to be of greater service to our Methodist and United Methodist family in a few specific countries.

Sometimes it is a very subtle, and somewhat easy thing, to turn a page and realize you've moved from one chapter into another.  Of course, while the act itself is small and simple there can still be plenty of emotion and plot in the story!

So, after 13 years, and 2 tours of service, I'll soon move into a new ministry field doing what I've done for years though in different locations and contexts.

This church announcement was shared with my congregation yesterday.  Look for more news and story swapping in the day and days ahead.
Posted by revscottep at 6:07 AM No comments: