We had an ice storm last Wednesday-Thursday.  That's a big deal in the Augusta, Georgia area.  That it was a one inch ice storm is really beyond our understanding.  That cracking of icy limbs and explosion of transformers throughout the long, cold night were unfamiliar noises to southern ears.  The angry ice monster tore the pine trees to pieces, while we couldn't see during the dark of night, so that our yards were full of huge limbs the next day.  Power was out from a day to 4 days for most of the area. and it wreaked havoc on us in ways that most folk just weren't prepared for.

You can heat us up with a month or two of 100 degree weather and we're fine, but cold and ice is a totally different story.  Even the Eisenhower Tree, the famous 125 year old loblolly pine on the 17th hole at the Augusta National finally, fell and gave in to the President's request as a result of this bizarre, damaging middle Georgia ice storm.

Since last week everyone has been doing clean-up, swapping stories of the ice storm and the subsequent earthquakes (Really!  The first was a 4.1 Friday night at 10:23PM & then a 3.2 Sunday afternoon), and trying to get back into a routine.

Tuesday & Wednesday I was spending time in different neighborhoods in Augusta checking in on folk and looking to see what church workers might do to help the community.  Tuesday afternoon I saw one of our homeless friends sitting outside in his usual place downtown.  He's well known as a "regular" with one of our church partner ministries.  He's an Irish Traveler from across the river and has lived on Augusta streets for a long time.  We talked a little while and then I asked him what he did during the ice storm.

Old Sherlock pointed to his usual door stoop, laughed loudly, and said he slept where he usually sleeps.

If you want to do an interesting Bible study check out how many times "fear" is a theme.  You'll find it mentioned in 50 books of the Bible.  We are taught to fear God, but not to fear so many of the things that cause us worry.  This is tough!  I'm thinking of people in tough neighborhoods or countries where the battle rages.  I'm thinking of violent homes and neighborhoods.  I'm thinking about most of our worries about fitting in, and money, and job, and home, and food, and security.

Psalm 91:1-6 says,
Whoever dwells in the shelter of the Most High

will rest in the shadow of the Almighty.
I will say of the Lord, “He is my refuge and my fortress,
my God, in whom I trust.”
Surely he will save you from the fowler’s snare
and from the deadly pestilence.
He will cover you with his feathers,
and under his wings you will find refuge;
his faithfulness will be your shield and rampart.
You will not fear the terror of night,
nor the arrow that flies by day
nor the pestilence that stalks in the darkness,
nor the plague that destroys at midday.

Posted by revscottep at 10:28 PM No comments:

I hope you've held up to the ice storm, loss of power, & all the challenges of the last week.  As you survey the damage in your ministry area keep an eye open for possible mission opportunities with your church members, neighbors and community.  Most of what I have been seeing is less formal and relational disaster response as family, friends, and neighbors take care of each other.  Know that there are other volunteers and tools available from the NGUMC, from Trinity on the Hill, Wesley, and other area churches as we respond together to the many needs.  There are currently a number of chain saw and debris removal teams in the area (Southern Baptists, Rubicon, Samaritan’s Purse) that you might join and can find through emergency management officials in your county and through local media.

Trinity on the Hill & Wesley UMC had planned to send another disaster reconstruction team to Mississippi, but with our ice storm have changed plans.  These are very experienced missioners who do roofing, use pneumatic air guns, etc.  Rather than go to MS our partner churches will gather in Augusta for March 2-8 to assist with projects here.  If you become aware of someone in your church or community in the Richmond or Columbia County area who owns their home and lacks insurance/funds/skills to rebuild we'll be looking for a number of projects for the week to keep this experienced team busy.  Or if you've always wanted to be part of a disaster reconstruction team and have some time and availability we'd be glad to add you to the group as we need workers (experienced and inexperienced), cooks, photographers, gophers, etc.  Please contact Rev. Scott Parrish at 706-738-8822 (church office) or 706-993-6967 (cell).  You may send full details of the proposed project to sparrish@trinityonthehill.net and be sure to include your name and contact info, the address of the proposed project, & the best phone number for the homeowner.  With the short week and quick notice it’s best if these are storm related problems and not pre-existing conditions.  If you can describe what is needed and share one best photo that will also help as we develop a priority list.  We need to quickly compile a list and visit the potential sites, order materials, and have everything pulled together prior to March 2.
Posted by revscottep at 11:04 AM No comments:

Since last Wednesday my Augusta, Georgia area has been the home of a major ice storm and some earthquake rumbles.  It's certainly not business as usual around here.  An ice storm is about as common as an earthquake for us.  The storm had broad impact and took out many old trees and limbs off of almost every tree.  Ice claimed the Eisenhower Tree on the 17th hole at Augusta National.  Across the region a half million people lost power.  The power lineman crews have worked day and night, and today are down to the last hundreds that need electricity returned.  Recent days have been a time to figure out how to stay warm and take care of daily concerns we usually don't think twice about.  Now we clean up, check in on neighbors, and come together as a community to return to normal.  After all, the world comes to town for the first full week of April for the Masters Tournament. 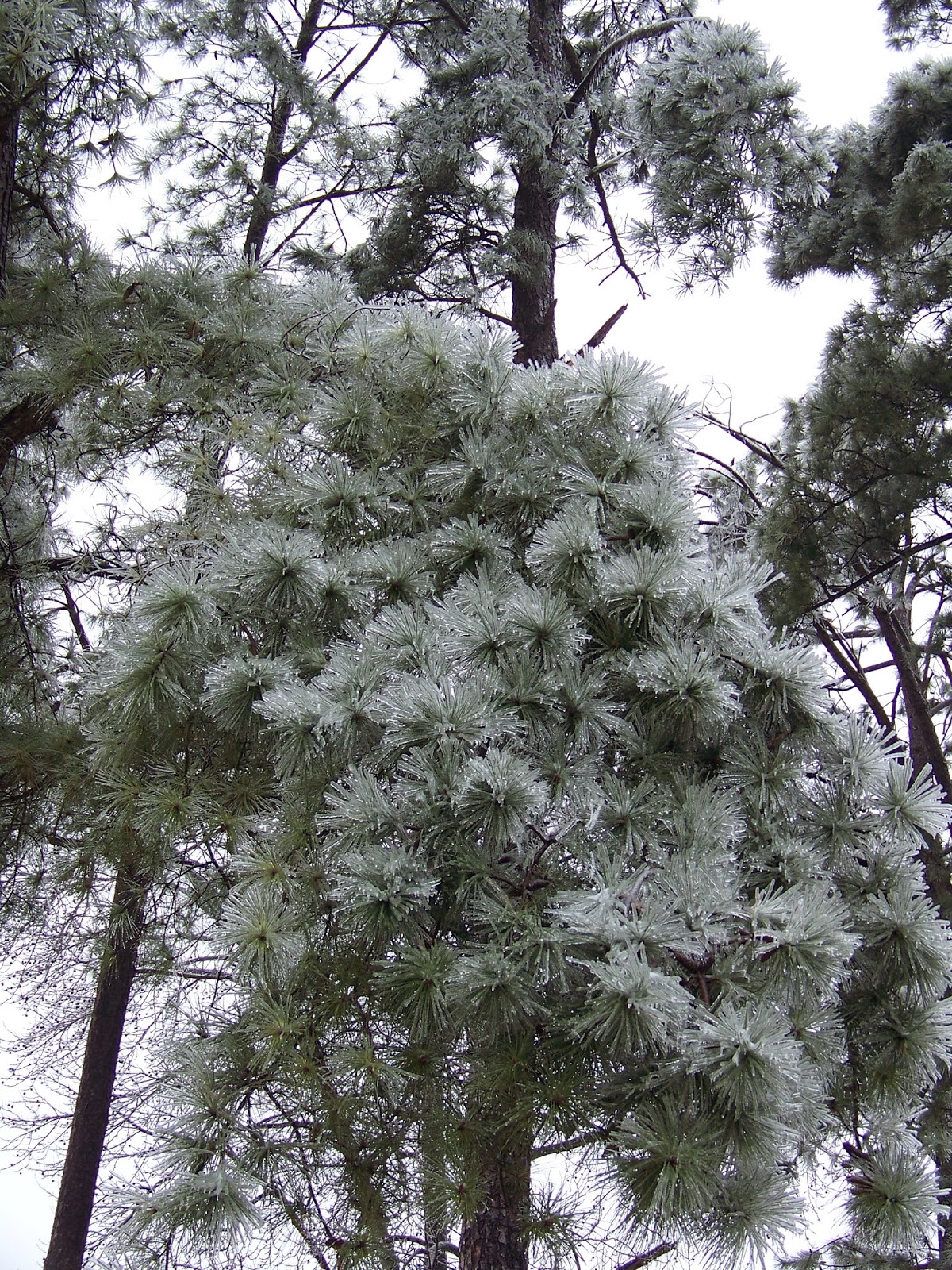 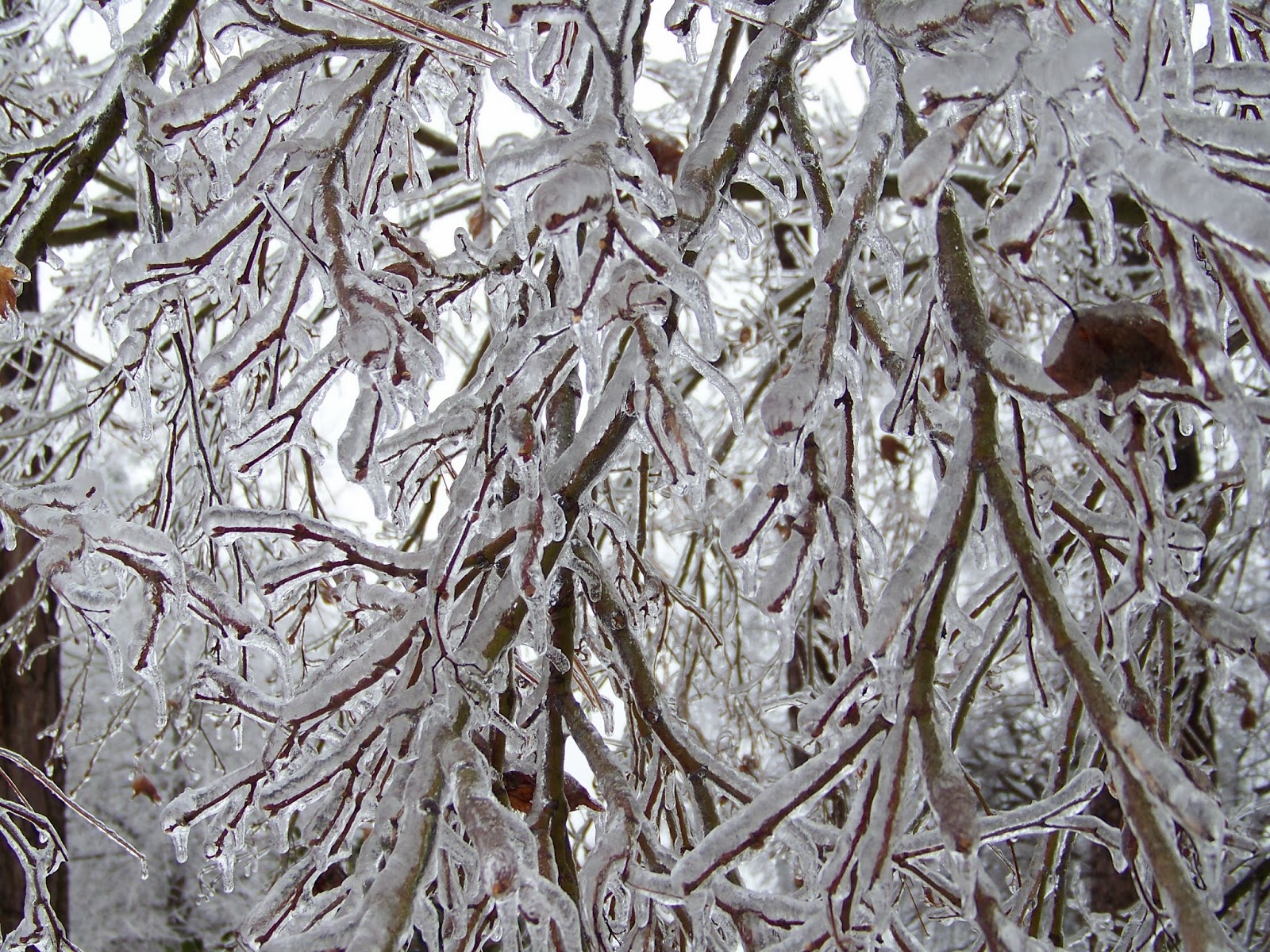 Posted by revscottep at 9:14 AM No comments:

UMC Global Ministries showcases some great community ministry resources in the latest edition of New World Outlook.  This is THE way to revitalize churches as we reconnect to our communities!
Posted by revscottep at 8:30 AM No comments:

Preaching About Mission and Outreach

Dr. Mike Cash, our senior pastor at Trinity on the Hill UMC, did an excellent job of sharing the mission challenge with our congregation during a 3 sermon series that culminated in our big mission Sunday this past weekend.  Sometimes a congregation can do a mission Sunday and it can be awkwardly positioned in the worship and preaching schedule in ways that kill momentum- both for mission & the full life of the church- rather than build and encourage.  The response this year has been enthusiastic as Mike helped us build up to the big Sunday where we ask for the congregation to commit to another year of mission service in praying, participating, and funding outreach in substantive ways locally, nationally, and internationally.  This is a healthy model for the church and the Christian that connects worship, study, prayer, and service together as the expected way of life for a person and a people who follow the way of Christ.  And this year the mission emphasis will lead further into outreach and witness with a focus on evangelism.

Check out some great sermons that spoke to me and to our congregation in helpful, transformational ways:

Posted by revscottep at 12:37 PM No comments: